Q1. How does opportunity cost relate to comparative advantage? In a short essay, explain the connection between the two terms and provide an example for illustration.

Comparative advantage is a condition of a producer where it is better suited for the production of one good than another good. Good A can be produced more efficiently than good B, for example. This comparison is done in terms of the opportunity costs of each good, not in terms of pure production costs. Opportunity cost is how much you can produce of the good B with the same amount of labor, capital, and other resources that it takes to produce one of good A. This is the tradeoff- how much of good B must be sacrificed in order to get one more of good A.

Consider two countries: Country A and Country B. Their economies consist entirely of guns and butter. Country A has an absolute advantage in the production of both goods, seeing as they can produce both more efficiently than Country B. Country A is thereby able to produce more of both goods. This is reflected in their production possibilities frontiers, where each country can

either produce all guns or all butter or some combination of the two goods. This curve reflects their differing opportunity costs for each country. This is the tradeoff that occurs when you produce one good, and you can't use those same resources to produce a certain amount of another good. This cost is usually measured in terms of how much it costs to produce each product or just the labor costs that it takes. To simplify it in this case, let's measure opportunity cost in the terms of how much of the other good is given up.

Country risk is the risk that a foreign government will default on its bonds or other financial commitments. Country risk also refers to the broader notion of the degree to which political and economic unrest affect the securities of issuers doing business in a particular country. Each country has unique political and legal systems that often pose challenges for company performance.

Political system: A set of formal institutions that constitute a government. It includes legislative bodies, political parties, lobbying groups, and trade unions. The system also defines how these groups interact with each other.

Legal system: A system for interpreting and enforcing laws. The laws, regulations, and rules establish norms for conduct. It incorporates institutions and procedures for ensuring order and resolving disputes in commercial activities, as well as protecting intellectual property and taxing economic output.

Country Risk Produced by Political and Legal Systems: Governments may respond to offensive activities of foreign countries by imposing embargoes and sanctions. Sanctions are bans on international trade, usually undertaken by a country, or a group of countries, against another country judged to have jeopardized peace and security. Embargoes are bans on exports

or imports that forbid trade in specific goods with specific countries. Example: The U.S. has enforced embargoes against Iran and North Korea, labeled as state sponsors of terrorism.

Example: French farmers boycotted McDonald’s, and crashed a tractor into a shop, to vent their anger with agricultural policies and globalization.

Q3. What are the current difficulties in doing business with emerging markets? What should be the methodology of selecting a market to expand to within this group? Provide detailed examples.

Emerging countries have seen exponential growth in recent years, but we believe many of these markets still have far to go before reaching their peaks. Countries such as China and India are still in the midst of an expanding urban population, which will expand consumption rates.

Corruption, political instability, economic crises, logistics issues, or bureaucracy are some of the risks and difficulties in emerging market countries that can disrupt any business plan. When dealing with these risk areas, many businesses tend to assume that the risk management practices applied in one emerging market, or even in their home country, will work in another market. Nothing could be further from the truth. Even though emerging markets are often grouped together as a homogenous entity, the risks and operating conditions in each country are very different.

The business methodology should be by taking the time and effort to study every country, and even city-specific issues and potential risks. And understand the local laws, regulations, ethics, and cultural norms. One of the best ways to do this is to partner with a local expert or consultant who has an in-depth understanding of the market and can help effectively navigate on the ground. Also, build a network of advisors and trade bodies that can support the business through the journey. Perhaps a business might also want to consider shifting a team member to the emerging country to understand the local situation better or arrange for periodic travel there to get better acquainted with the conditions on the ground. 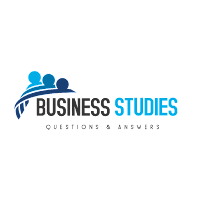