Q1. Why WTO has rules against industrial policies?

As known, the WTO is an international organization that deals with rules of trade between countries, and its main goal is to help producers of services, goods, importers  and exporters to conduct their business properly. In this particular situation many developing countries have the potential for implementing a long run productivity improvement, and in most cases industrial policies are pursued with several objectives (short term or long term).

Hence, the WTO should take several actions that contains special provision for developing countries, that includes long time periods for implementing agreements . For example if a company exports a product at a lower price than the price it usually charges in home market, (Dumping the product) The WTO action here is to focus on how governments can react to such situation.  Another action should be taken from the WTO is to discipline the use of subsidies, and to regulate its actions. WTO also takes  actions to temporarily limit imports, to protect domestic industries.

Finally, we have to point that many of the practices described are considered harmful to foreign countries firms interest, and the new rules introduced by the WTO  limits the ability of countries to employ their policies.

Q2.  What is the effect of industrial policies on international trade?

Many of the industrial policies are linked to market failure, for instance, during 2008 recession, the impact was seen across globe and drastically effected were developing countries and slump of market failure was progressive across globe. Market failure very often is linked to externalities and monopolies existing in the market. These market failures create encumbrance of well performing market and corrective measures are necessary to ensure that effectiveness and efficiency is maintained in a free market to avoid any conflicts that arise due to vested interest by the developed countries.

There are the countries, especially South Korea (South Korea has now become to OECD member), Singapore, and Taiwan, which are from most of the experienced evidence on the effectiveness of industrial policies. Argentina, Brazil, Chile, Malaysia, Mexico, South Africa, and Turkey are also from upper middle-income countries as well.  These countries set up the political system with well-established rules and guidelines, reasonable managerial ability in industrialization section.
Low and lower-middle-income countries have been much less empirical literature, even if most developing countries related to these groups. The World Bank, by country classification department, said it can be considered as ‘low-income group’ for 43 countries and another 55 countries can be under the ‘low-middle-income’ section. The developed country usually motivated to developing country by the industrial development strategies or even modeled after.

Q4. Should the rules of WTO concerning industrial policies be revised? If yes, then in what way?

The rules of WTO concerning industrial policy has to change as they are biased, favoring the developed and rich countries. Few of the instances where we can see the marked difference are :
·    Rich and developed countries are maintaining high import tax duties and segments in certain products, blocking imports from developing countries (e.g. Garments)
·  The increase in non-tariff barriers ex: anti-dumping measures allowed against developing countries;
·   The conservation of high protection of agriculture in developed countries while developing ones are forced to open their markets;
·  The TRIP agreement that limits the developing countries from utilizing technology that originates from abroad in their local systems (including medicines and agricultural products)


The aforementioned rules are favoring the rich and developed countries, whereas the developing and poor countries are losing out in the global arena. They succumb to the pressure brought upon by these favored members of WTO. Such biased policies should be scrutinized and all the countries should be equal to voice to their opinions. 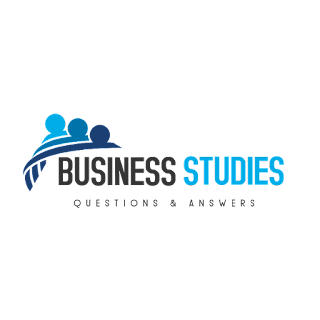